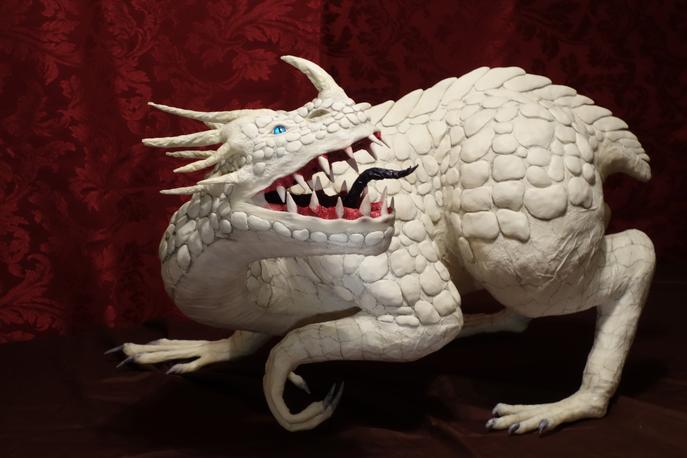 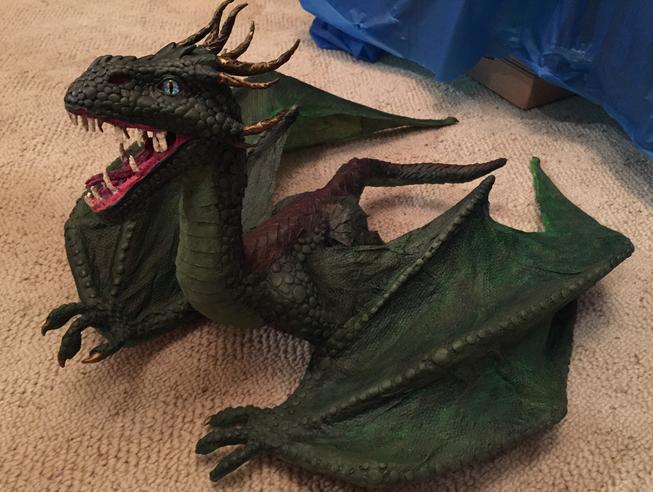 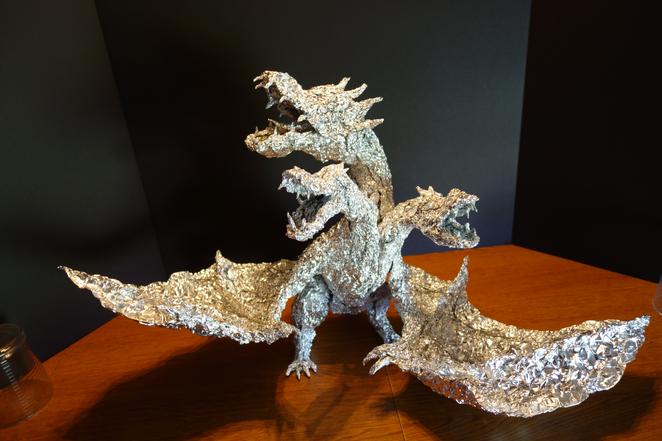 Sam led a new teen/adult workshop on foil sculpting, in which the participants were taught how to make a basic foil sculpture (a spider) using his techniques. 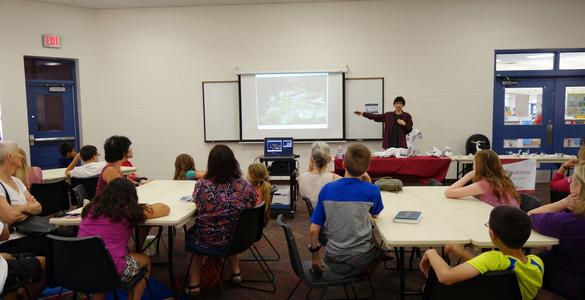 Sam presented his foil sculpting to the students at Archway Chandler as part of their art Schole program.  He created sculptures in front of groups of second through fifth grade students (360 students!), describing his process and answering their questions.  Sam is also a proud alumnus of Archway Chandler.​ 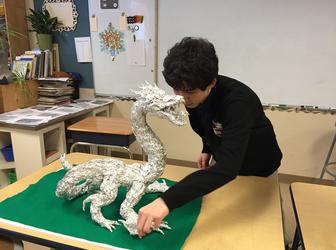 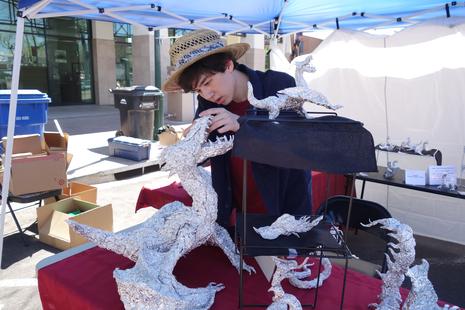 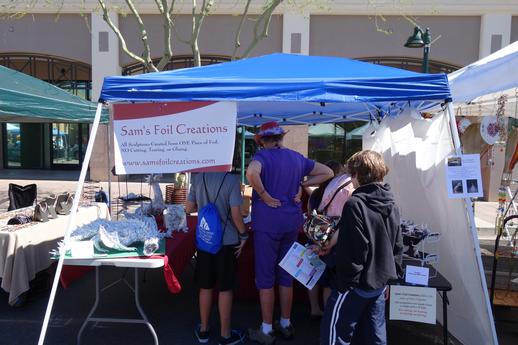 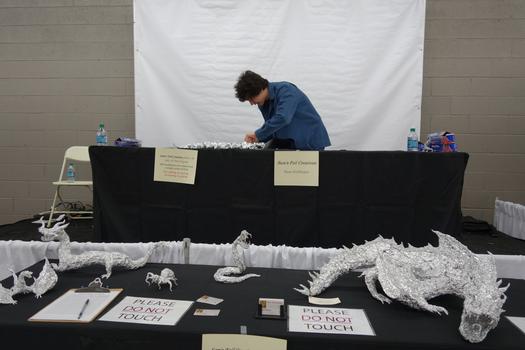 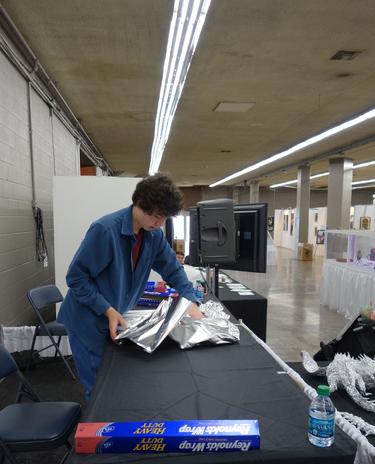 Sam led a teen/adult workshop on foil sculpting, in which the participants were taught how to make a basic foil sculpture.  Sam also demonstrated more advanced foil sculpting techniques.
Click here to learn how to request a foil demonstration or workshop.

Sam was a demonstrator in the Fine Arts Division at the 2015 Arizona State Fair for two different sessions.  He gave public demonstrations and one of his largest works (an almost 5 feet long colossal squid) was on display. 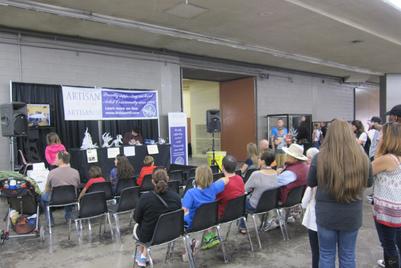 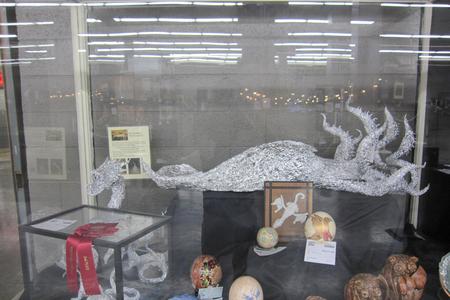 Sam was a demonstrator in the Home Arts Division at the 2014 Arizona State Fair.  In addition to his public demonstrations, several of Sam’s sculptures were placed on special exhibit.  Sam was awarded several first place ribbons in his division (Youth 12-17 yrs) and was also given an “Exceptional Merit” award. His sculptures were also shown on a segment on Channel 3 (see below). 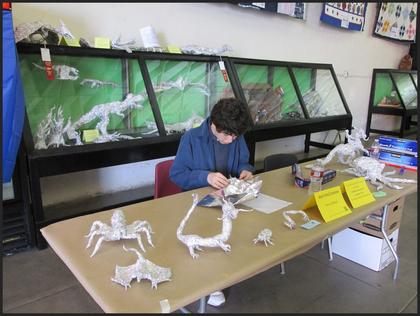 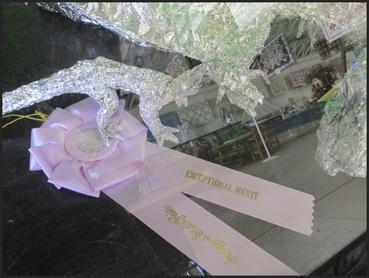